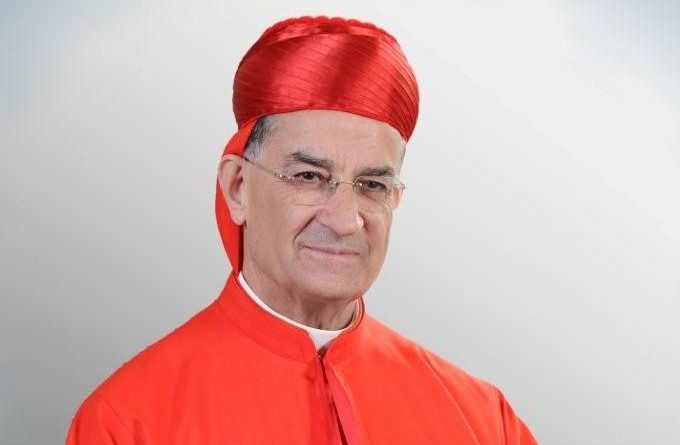 The future of Christianity in Lebanon
and the wider region

This webinar event on the future of Christianity in Lebanon and the wider region, with the participation of His Beatitude Bechara Raï, Patriarch of Antioch of the Maronites, and His Eminence Cardinal Michael Fitzgerald, has now passed.

You may watch a video recording of the webinar at: https://youtu.be/jKsH1VOevK8

You may read press coverage about the webinar via the following links:

Patriarch Bechara Boutros Raï, as head of the Maronite Church, offers a distinctly open and prophetic voice to the Lebanese people at a moment of profound religious and political upheaval across the Middle East.

His Beatitude Cardinal Béchara Boutros Raï, Patriarch of Antioch for Maronites (Lebanon), was born in 1940 at Himlaya in the Archeparchy of Antélias. He studied with the Jesuits at Notre Dame de Jamhour College.

He was professed into the Mariamite Maronite Order on 31 July 1962. After studying philosophy and theology in Rome at the Pontifical Lateran University, where he earned a doctorate in canon law and a licence in sacred theology, he was ordained a priest on 3 September 1967. For several years he was in charge of the Mariamite scholasticate in Rome, while also serving as Director of the Arab Language programmes of Vatican Radio.

He returned to Lebanon in 1975, at the beginning of the war, to direct the College of Notre Dame in Louayzé. He founded and supervised the Foreign Languages Institute, as well as serving as a judge on the Patriarchal Tribunal and as head of Santa Rita School in Dbayé.

On 2 May 1986, the Maronite Synod elected him Patriarchal Vicar and the Pope assigned him the titular episcopal see of Caesarea Philippi. He was ordained a bishop on 12 July 1986. On 9 June 1990, he was transferred to the new Eparchy of Jbeil (Byblos) for Maronites and, in 2003, was appointed Secretary of the Permanent Synod of the Maronite Church. In this capacity, he took part in several Synods in Rome, including the Special Assembly for the Middle East in October 2010, at which he was elected to the post-synodal council. In 2009, he became President of the Communications Commission of the Maronite Synod, during which he promoted the television network Tele Lumière-Noursat.

On 15 March 2011, he was elected the 77th successor of St. Maron at the Extraordinary Synod at the patriarchate in Bkerké. On 24 March of that same year, Benedict XVI granted him the Ecclesiatica Communio, which he had requested, complying with can. 76 § 2 of the Code of Canons of the Eastern Churches. This    special bond with the Church of Rome was publicly confirmed on the 15th April – on the occasion of his first meeting as patriarch with the Pope – at the Divine Liturgy in St. Peter’s Basilica at which Cardinal Sandri, Prefect of the Congregation for the Eastern Churches, presided as Papal Delegate.

In September 2012, Patriarch Rai had the joy of welcoming Pope Benedict XVI on his visit to Lebanon for the presentation of the Apostolic Exhortation Ecclesia in Medio Oriente. On that occasion he described Beirut as “a city that witnessed to the peaceful coexistence of Muslims and Christians in the Arab world”.

Having been raised to the rank of cardinal by Benedict XVI in the Consistory of 24 November 2012, His Beatitude participated at the Conclave of March 2013 which elected Pope Francis.

His Beatitude is a member of: