With its population of over 120 million inhabitants, Ethiopia remains one of the poorest and most underdeveloped countries in the world. Bordering six countries in a politically volatile region, Ethiopia is the second largest host of refugees in Africa, having welcomed thousands of people from South Sudan, Somalia and Eritrea. 48% of the population is under 15 years old, and more than 77 children in 1,000 are malnourished. Although most children enrol in school, many do not complete their education. The country is prone to prolonged and multiple climate-induced and conflict-related emergencies that directly impact children’s access to education.

Ethiopia has endured a 30-year civil war and intermittently, over the past 22 months, another armed conflict with the region of Tigray in the north of the country, which has claimed at least 500,000 lives and spilled over to other regions of the country. In spite of the recent 9-month truce brokered by the African Union and United Nations, the Ethiopian Federal Government forces continue to blockade Tigray in an act of attrition, thereby effectively cutting off Tigray from electricity, communications and essential services and obstructing ready access to humanitarian aid.  In September 2022, the ceasefire was broken, fighting resumed, and the route back to peace negotiations which started earlier in the year became uncertain, despite the efforts of the UN and the African Union to mediate.

As a result of the war, millions have been displaced and lost their livelihoods and means of sustenance. In addition, the country has suffered and continues to suffer the worst drought in forty years, causing yet more destruction to livelihoods and affecting more than 60 million people, many of whom face dehydration, starvation and malnutrition.

Why we need your help

This is a major humanitarian crisis and many lives are at risk unless aid reaches those in need urgently. FACE, in partnership with its sister agency Œuvre d’Orient, is working closely with our local church partners to provide all possible help in this vital mission which is now more crucial than ever. Your prayers and support will make a huge difference to the lives of countless families. 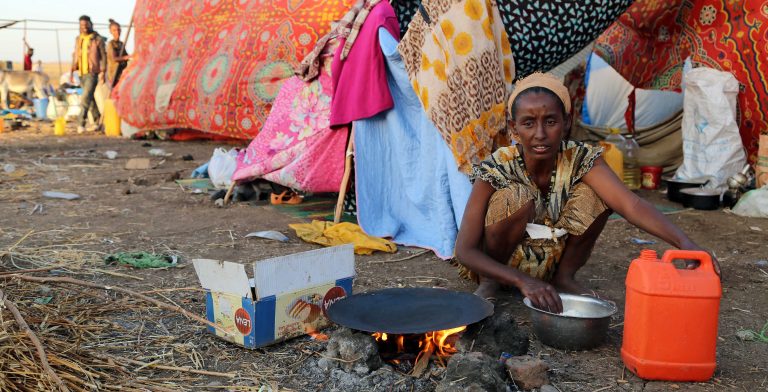 Your donation will help the following projects:

The Eparchy is working with local parishes and communities to provide emergency aid to more than 3,000 displaced people from the town of Metekel, many of whom are malnourished infants and children. These people had to flee their homes leaving all their possessions behind. Disease is quickly spreading among young children due to lack of food, poor hygiene, lack of sanitation facilities and safe drinking water. Priests and religious on the ground are providing pastoral and practical support but they urgently need food, blankets, toiletries, medication and fresh water supplies.

Hananeyta Kindergarten run by the Daughters of Charity.

The Daughters of Charity have been providing education, health and social care to impoverished communities in Ethiopia since 1927. They run five health care clinics, an eye clinic and education facilities ranging from crèches and kindergartens, primary and secondary schools, to a third level Montessori Teacher Training Institute. The Hananeyta Kindergarten is the only kindergarten in the remote town of Alitena, attended by 150 children of impoverished rural families of all faiths and none. Many of the children are malnourished as a result of the food shortages and the Sisters are desperately appealing for support to provide one hot meal a day for every child for a period of 10 months.

Shashamane School for the Blind, run by the Franciscan Sisters of St Mary of the Angels.

The Sisters’ ministry in Ethiopia includes education and healthcare, especially of differently abled children and the elderly. Founded in 1981, the school currently has 100 blind and partially sighted students from all religious backgrounds aged 7 to 18, whose impairments result from a variety of problems – some of which are preventable – such as smallpox, measles, vitamin A deficiency, malnutrition or glaucoma. The Sisters not only provide education – teaching the children Braille and essential life skills – they also provide regular medical and ophthalmological check-ups and treatments. Children’s tuition expenses are covered through to sixth grade and full or partial support is also provided to those in higher education. Urgent funding is needed for new Braille equipment, music lessons, medical care and eye operations, and to cover the costs of rent and building maintenance. 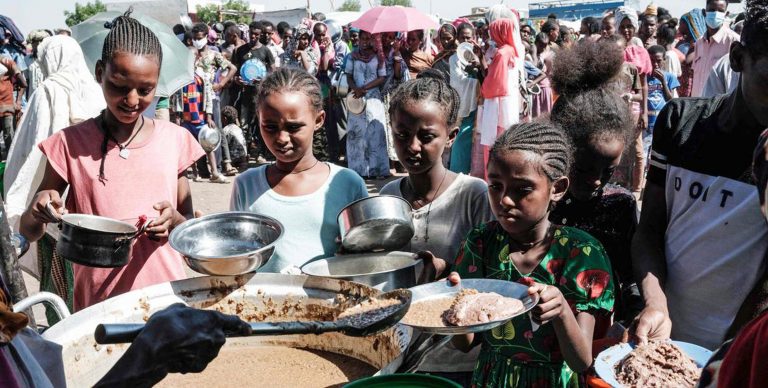 The Lideta Catholic Cathedral School in Addis Ababa provides primary and secondary education to 1,440 children. It is one of the most important schools in the country, with graduating students moving into a variety of fields including, medicine and engineering. More than 600 doctors in Ethiopia have graduated from LCCS. Founded in 1954 to provide education to children from disadvantaged backgrounds, the school runs a scholarship programme for children from the poorest families who would otherwise be unable to access a good education.  FACE and Œuvre d’Orient are supporting the scholarship programme to ensure that vulnerable children from disadvantaged backgrounds are able to continue their schooling. Urgent scholarship support is needed to cover the tuition fees for 184 children from low-income families.

The Sisters’ ministry in Ethiopia has expanded rapidly since their arrival in 1927 and there are now 14 local community houses directed by 61 sisters, serving hundreds of thousands of disadvantaged people across five regional states and seven dioceses. Inspired by the values of the Gospel, the Sisters’ ministry includes education, health care, support programmes for youth, women, children, the elderly, people with disabilities and with HIV/AIDs, prison ministry, housing support for the homeless and refugees, prevention of human trafficking and pastoral support. The Sisters desperately need funding to support 55 students from low-income families aged between 8 and 18 living at St Joseph’s Mission Hostel, to cover the costs of tuition, uniforms, books, school material, meals, medical assistance and transport.

The Apostolic Vicariate of Soddo:

Your donation will enable us, through our partnerships on the ground,  to deliver quick and effective support to  local communities across Ethiopia.

You will bring a message of love, solidarity and hope to our brothers and sisters in Ethiopia.

Now more than ever they need our support.