Egypt has gone through major political, social and economic change since the revolution of January 2011. A new government took power in 2013 with the aim of bringing about political stability and security, as well as sustainable economic and social development. Although the wave of terrorism at the beginning of the last decade exacerbated poverty and unemployment and caused a sharp decline in foreign investment, the new Constitution of 2014 paved the way for wide-ranging reforms in the areas of health, education, scientific research and housing. The outbreak of COVID-19 was an unprecedented shock to economic activity worldwide. In Egypt, it was a major setback to the country’s development because it shifted its focus to addressing the impact of the pandemic which drained state resources and affected the lives and livelihoods of millions of people, moving thousands more into poverty. Poverty reduction remains one of the main challenges facing Egypt, where almost 30% of the population still lives below the poverty line.

FACE and our sister agency Œuvre d’Orient work closely with the Coptic Catholic Church in Egypt and fund its projects in education, social and healthcare and pastoral support, which serve and benefit disadvantaged and vulnerable communities of all faiths across all eight eparchies

In 2016, the Egyptian government published a National ‘FGM Abandonment Strategy’ aimed at reducing rates of the harmful practice. The strategy seeks to strengthen legislation and criminalise FGM and those who practise it or seek to have the procedure.  Penalties now range from 5 to 7 years in prison, with sentences of up to 15 years if the procedure results in permanent disability or death. In the current year, FACE & Oeuvre d’Orient will be working with the Coptic Catholic Diocese of Giza Fayoum & Bani Suif, to organise a series of seminars and workshops in the cities of Fayoum, Imbaba-Ossem, New Benisuif, aimed at raising awareness and preventing the practice of FGM in those communities.

This campaign will be rolled out in the cities of Shokre, Fayoum El Nasrya, Fayoum-Ahnasia-New Benisuif, in the Coptic Catholic Diocese of Giza Fayoum & Bani Suif. It will include setting up and running health clinics and weekly seminars, for women to discuss their health and the health of their families. The campaign will also organise home visits, the provision of medicines, animation, education and training.

Expansion of the Care Home ‘La Maison de la Medaille’ in Alexandria, run by the Daughters of Charity

FACE & Oeuvre d’Orient are supporting the Daughters of Charity in Alexandria who urgently seek funding to build new rooms at ‘La Maison de la Medaille’, in order to welcome more elderly residents and retired nuns. The project will involve building an extension to the existing premises. The budget covers the costs of the excavation and building work, decorating, electrical work, bathroom installation, furniture and fittings.

Our Lady of Peace House, Sheraton 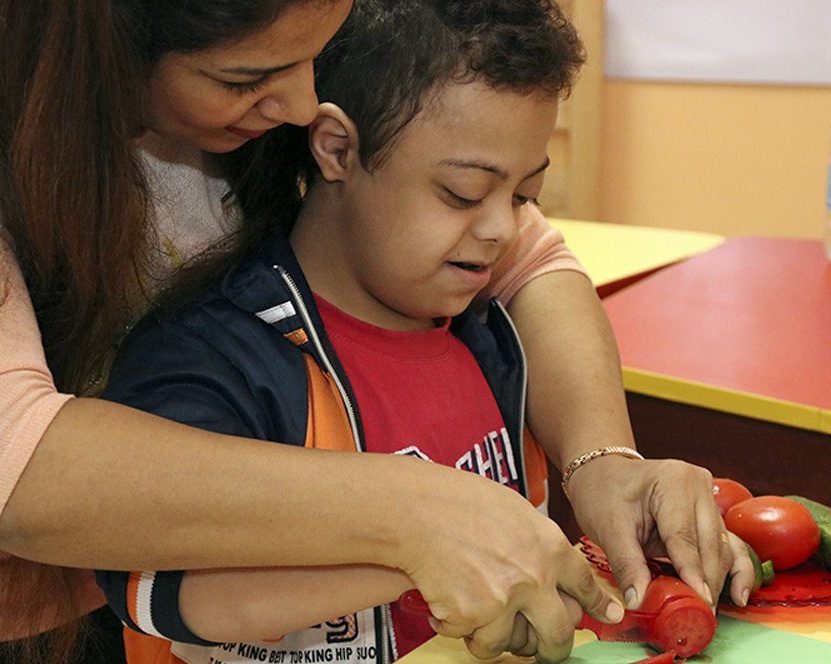 According to the UN, among Egypt’s population of 102.3 million approximately 12 million people live with physical or developmental disabilities. There are many orphanages in Egypt – where child adoptions are not permitted under Islamic law. However, there are not many facilities that care for people with learning and physical disabilities. As a result, many people with special needs suffer extreme poverty and end up on the streets, in asylums or die alone. ‘Children with developmental needs suffer the most’, says Bishop Hani Bakhoum 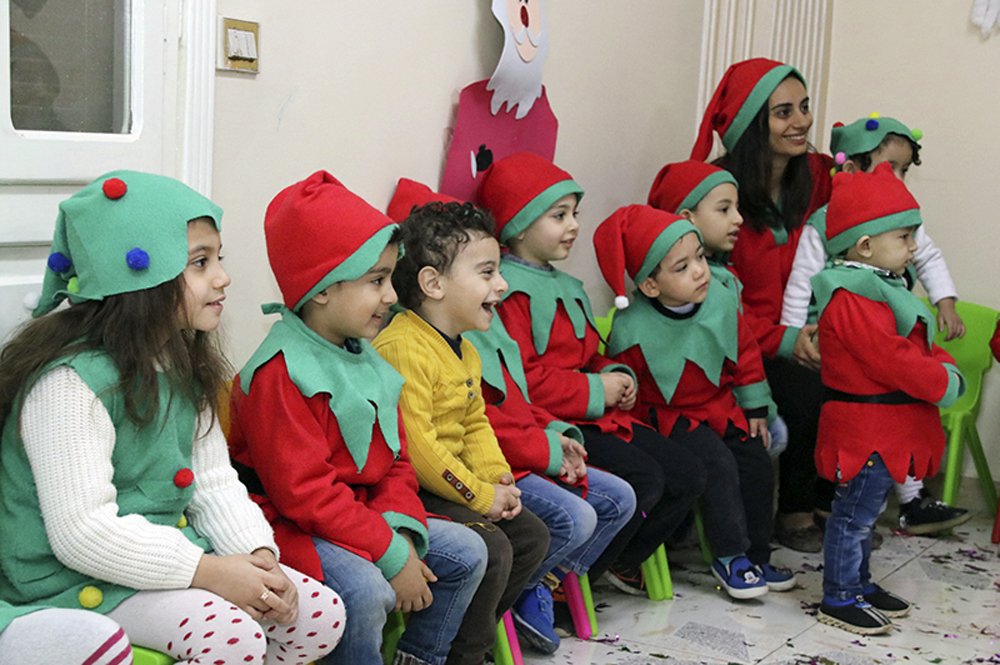 There is a sensory integration room and a speech therapy room where students can develop cognitive and motor skills. The older students attend an hour-long class in the morning and then spend the rest of the day (until 2 p.m.) participating in one of four workshops: hand-looming, candle-making, crocheting and sewing. 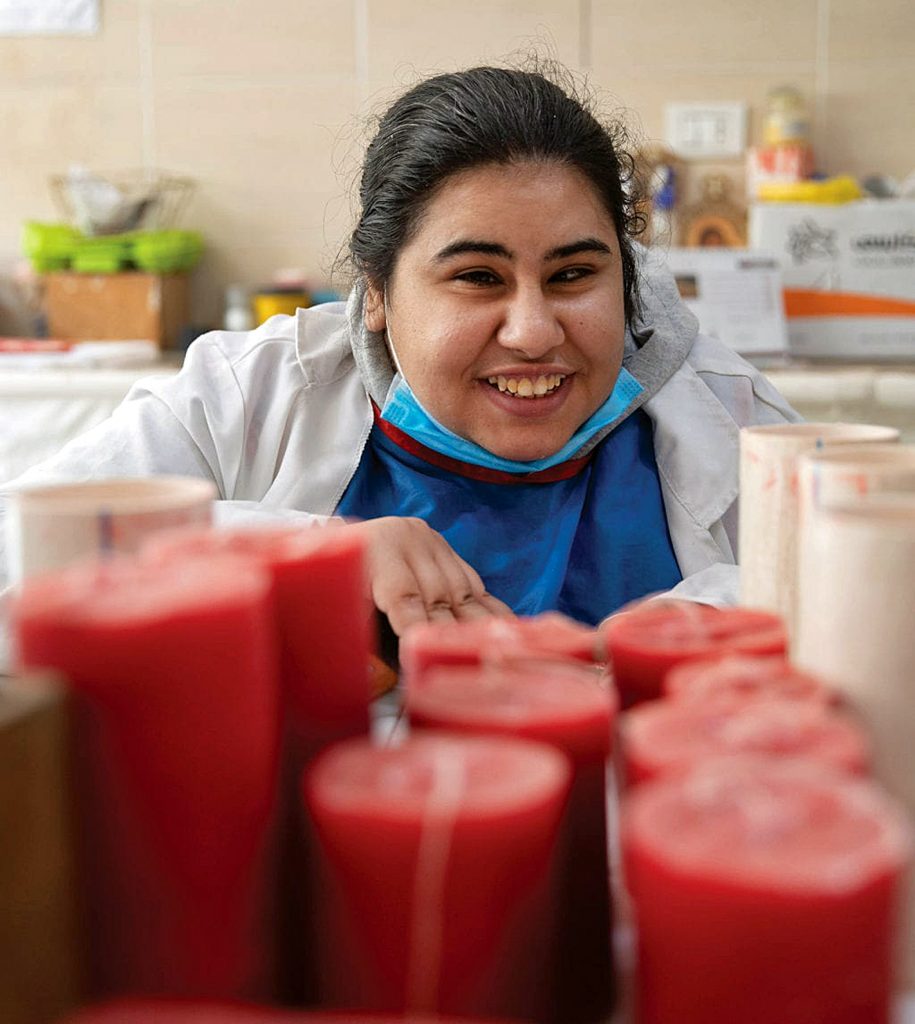 ‘Our primary goal is not to produce items for sale, but to teach our students, develop their skills and help them feel valued’, explains Engy, the supervisor.

The Our Lady of Peace House also runs a nursery for infants aged between 3 and 5, and two health clinics.

FACE urgently seeks funding for Our Lady of Peace House to open and run an orphanage for 35 children.

FACE works closely with all dioceses of the Coptic Catholic Church in Egypt and receives regular financial and narrative reporting directly from them. Monitoring of projects is carried out by our local agent on a regular basis. FACE can report back on the progress of these projects within 12 months of receiving funding.