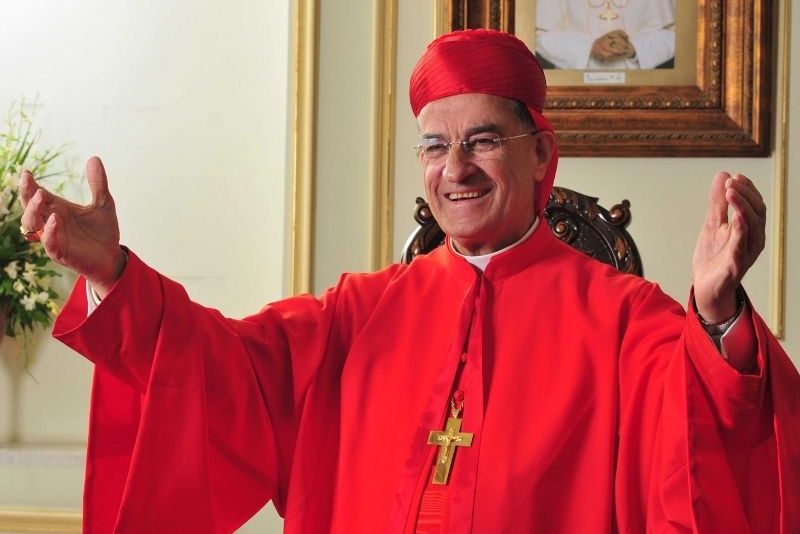 In addition to Lebanon’s political and financial woes, another major challenge the country faces, according to Cardinal Béchara Boutros Raï, is the issue of refugees and the religious imbalance their presence represents.

Speaking to participants in a July 8 webinar organized by the Fellowship and Aid to the Christians of the East (FACE), titled, “The future of Christianity in Lebanon and the wider region,” Raï noted that Lebanon is a country with a population of four million.

In addition to regular Lebanese citizens, there are also roughly 500,000 Palestinians who have been living in the country since 1948, and some 1.5 million Syrians who have fled to Lebanon as refugees since the Syrian war broke out in 2011.

Raï is the patriarch of the Maronite Catholic Church, the largest Christian community in the country.

“As a result, we have half the Lebanese population in refugees. Instead of 4 million, we have 6 million, and 2 million are non-Lebanese but are adding to the needs of the country, the economy, and the education, Raï said, adding, “that’s a huge difficult problem that has added to our situation in Lebanon.”

Yet in addition to the strain refugees are placing on Lebanon’s economic, educational, and healthcare sectors, there is also the question of religion, Raï said, noting that anywhere from 90-99 percent of refugees living in Lebanon are Sunni Muslims.

This demographic fact is also relevant on a political level, he said, noting that “Lebanon is created to deal with Christians and Muslims on an equal basis.”

“Half is supposed to be Christian and half Muslim,” he said, adding that with a sharp increase in the number of Muslims taking refuge in the country, “You can see the problem that this will create. There will be no balance. The whole way of life of the Lebanese state, of the Lebanese situation, has gone berserk that way.”

While the Church generally maintains good relations with Muslims and Muslim leaders in Lebanon, Raï cautioned that should a situation arise where security is threatened or where an extremist group such as ISIS rises up on their own turf, history could repeat itself.

When the State of Israel was established, there was a massive exodus of Palestinians into Lebanon between 1948-1967, which led to a major demographic shift in the country, giving the multi-sectarian nation an imbalance in favor of the Muslim population.

Recalling the Lebanese Civil War that broke out in 1975, Raï noted that the fighting had both political and religious elements, and that religion became an increased factor in clashes between Maronite and Palestinian forces, as more and more Muslim groups allied themselves with the Palestinians, who were a majority Muslim.

Should Lebanon’s current crisis lead to another major conflict, “then the Sunni Muslims would be a great support to the Muslim side. They would have a huge advantage that way,” Raï said.

While the immediate danger of this sharp imbalance is the risk of a potential political war turning religious, Raï said the long-term risk of this demographic shift is that eventually Lebanon will be pressured to give its refugees nationality, or citizenship status.

Raï insisted that the best option for everyone involved is to allow Palestinian refugees in Lebanon to “go wherever they want,” and for Syrians to return to Syria, since most of the fighting in the country has ceased.

Raï recalled how he was in Iraq just days after ISIS stormed the Nineveh Plains, sending hundreds of thousands of Christians and even moderate Muslims fleeing their hometown.

As people began to filter into Erbil, where some are still living displaced from their villages, Raï said the people he met asked him to ensure that “Lebanon and Christians in Lebanon are safe.”

“We were expecting those in open air to ask us for things,” he said, but the only request was to “Make sure Christians in Lebanon are steadfast, because if they are steadfast, we still have hope,” he said.

With roughly a third of its population Christian, Lebanon has the largest percentage of Christians in the Middle East and is the only Arab country with a Christian head of state.

Currently the nation is in the throes of a massive economic and financial collapse, compounded by a months-long political deadlock over the formation of a new government after the previous one resigned in the wake of the devastating Beirut port explosion in August 2020.

In the past 11 months, sectarian politicians have been unable to agree on a new government. Meanwhile, Lebanese currency has lost roughly 90 percent of its value and around 77 percent of households can no longer afford basic food items, according to the United Nations.

Citizens now spend hours in line at gas stations to buy fuel, and many suffer with power outages lasting up to 22 hours a day, as well as medical shortages.

“We kept sweeping [problems] under the carpet, and the whole carpet blew up,” Raï said, and now “We’re unable to solve the problem of the government because they’re simply not talking to each other.”

Many have asked that the international community organize a special conference to discuss the situation of Lebanon and explore potential solutions to problems “that we cannot deal with internally,” he said, noting that even Lebanese authorities themselves have been supportive of this proposal.

Religions also have a role to play, Raï said, noting that as head of the Maronite Church in Lebanon, he also has a political role, and his words are listened to by political leaders.

“For foreign diplomatic representations, the patriarch’s words are really a guide,” he said, noting that many listen keenly to his Sunday sermons and a special address he gives on the first Sunday of every month.

“It’s mainly from there that the diplomatic corps take what they think is an objective, truthful word about the situation,” he said.

Raï also voiced gratitude to Pope Francis for the recent day of prayer and reflection for Lebanon, which took place July 1 at the Vatican and drew together Lebanon’s various Christian leaders to pray and discuss the nation’s future alongside the pope.

The July 1 event for Lebanon followed the first-ever annual day of prayer for peace in the Middle East, which took place on June 28.

Raï called the July 1 day of prayer and reflection “a prophetic gesture,” saying, “We came back from Rome with joy and hope, because we found out first-hand that Pope Francis is carrying the Lebanese question deep in his heart.”

Lebanon’s Christian leaders also came back with “a roadmap,” he said, which was outlined in the pope’s closing address.

“We came back happy because we came back with a program we can follow together,” he said, adding, “I believe that this event is not something to remember once in a while, but is something that we live and practice every day.”

In terms of next steps, Raï said he met with the Vatican’s ambassador to Lebanon Archbishop Joseph Spiteri on Thursday, and that one immediate follow-up to the July 1 event is that all those present for it will come together soon to discuss the “roadmap” the pope gave them, and “we will be working on organizing a summit with Muslim religious leaders” to find and implement solutions.