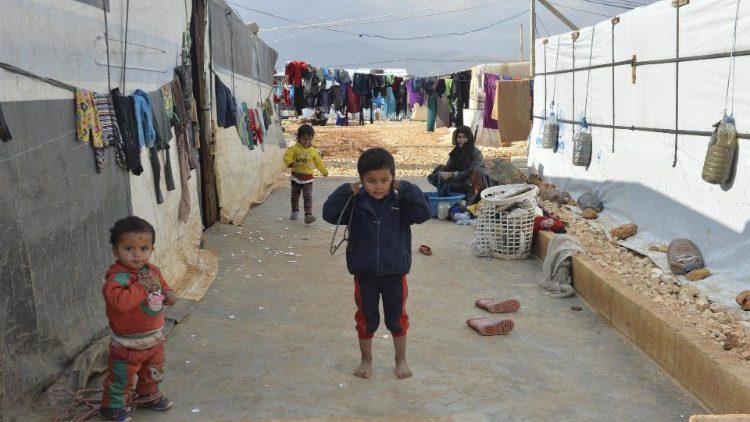 he United Nations Refugee Agency (UNHCR) notes that the economic downturn has pushed hundreds of thousands of Syrian refugees in the Middle East into an ever more desperate situation and has increased their humanitarian needs.

The number of vulnerable Syrian refugees who lack the basic resources to survive in exile has dramatically surged as a result of the public health emergency, according to the United Nations.

“The refugee-hosting communities in countries in Syria’s neighbourhood experience similar hardships. Many refugees have lost what were already meagre incomes, forcing them to cut down on the most basic needs, including food and medication,” warned UNHCR spokesperson Andrej Mahecic.

Addressing an online press briefing on Tuesday at the UN Office in Geneva, he said that refugee households were taking on additional debt and were not able to pay their rent anymore.  “Serious protection risks are growing, including risks of child labour, gender-based violence, early marriage and other forms of exploitation.”

Since the start of the pandemic, Mahecic said UNHCR has provided emergency cash support to nearly 200,000 additional refugees in Egypt, Iraq, Jordan, Lebanon and Turkey who previously did not receive financial aid, along with other efforts to mitigate the impact of the pandemic. The five countries alone host more than 5.5 million Syrians, the biggest refugee group in the world.

Nine out of ten Syrian refugees in the region, Mahecic noted, live in towns or villages and not in camps, mostly in low-income areas. The UNHCR spokesperson commended the host communities who have shown great solidarity with the refugees, despite suffering “loss of livelihoods as a result the COVID-19 pandemic.”

Even prior to the pandemic, UNHCR pointed out, the majority of Syrian refugees in the five countries have been living below the poverty line.

The UN’s refugee agency has also expressed concern about the humanitarian situation of returnees, more than six million internally displaced Syrians and other vulnerable groups inside Syria. Prior to the latest downturn, over 80 per cent of Syrians lived below the poverty line, according to UN estimates.

More than nine years of this crisis have left 11 million people in need of humanitarian assistance.

According to UNHCR, there are at least 70.8 million people around the world have been forced to flee their homes, of whom nearly 25.9 million are refugees.  Others include 41.3 million internally displaced people (IDPs) and 3.5 million asylum seekers. Roughly every two seconds, a person is forcibly displaced as a result of conflict or persecution.

To draw the attention of the world to the cause of refugees, the UN observes World Refugee Day on June 20, which this year occurs on Saturday, this week.

The Catholic Church has migrants and refugees as one of its several outreach programmes.  Since 1914, it has been observing the World Day of Migrants and Refugees.  It is now celebrated on the last Sunday of September.

“Forced like Jesus Christ to flee,” is the theme that Pope Francis has chosen for this year’s observance which focuses on the pastoral care of IDPs.

Millions of men, women and children who are internally displaced by conflict, poverty and climate change, the Pope says in his message for the September 27 observance, are suffering precariousness, abandonment, marginalization and rejection as a result of Covid-19.

In his message for World Day of Migrants and Refugees 2018, the Pope had urged Christians to respond to the crisis of people in movement with welcome, protection, promotion and integration.

In addition to these, this year he suggests six pairs of cause-and-effect actions in response to the IDP emergency:

Know in order to understand

Be close in order to serve

Listen in order to be reconciled

Be involved in order to promote

Cooperate in order to build