Reflection on the Feast of St Bartholomew 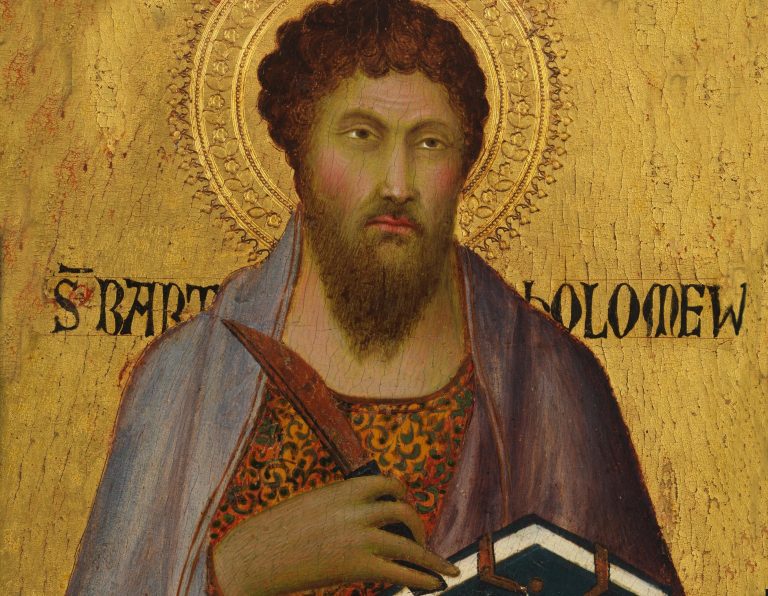 Feast of St Bartholomew, the Apostle

Philip found Nathanael and told him,
“We have found the one about whom Moses wrote in the law,
and also the prophets, Jesus son of Joseph, from Nazareth.”
But Nathanael said to him,
“Can anything good come from Nazareth?”
Philip said to him, “Come and see.”
Jesus saw Nathanael coming toward him and said of him,
“Here is a true child of Israel.
There is no duplicity in him.”
Nathanael said to him, “How do you know me?”
Jesus answered and said to him,
“Before Philip called you, I saw you under the fig tree.”
Nathanael answered him,
“Rabbi, you are the Son of God; you are the King of Israel.”
Jesus answered and said to him,
“Do you believe
because I told you that I saw you under the fig tree?
You will see greater things than this.”
And he said to him, “Amen, amen, I say to you,
you will see heaven opened and the angels of God
ascending and descending on the Son of Man.”

Of course, the link between Bartholomew and healthcare goes back much further to the first millennium, and was doubtless enhanced by the association of the Tiber Island as an ancient Roman site devoted to medicine.

In the early 12th century, in England, the Anglo-Norman priest and monk, Rahere, had a vision of St Bartholomew, who directed him to establish a religious hospital.  As a result, in 1123, he founded the Priory of the Hospital of St Bartholomew at Smithfield, London; an institution which exists still to this day as the famous St Bart’s Hospital, on the same site.

According to tradition, it was the Apostle St Bartholomew, together with the Apostle St Jude Thaddeus, who brought Christianity to Armenia in the first century, and who laid the foundations on which Armenia, in 301, became the first nation to be proclaimed Christian.  In the year 2000, Pope St John Paul II issued an Apostolic Letter marking the 1700th anniversary of the baptism of the Armenian nation.  The history of Armenian Christianity is marked by the suffering of the Cross, and recently we have become aware of the continuing plight of the Armenian people through the conflicts in Nagorno-Karabakh, as well as the troubles and difficulties they are currently facing across the Caususus and Middle East.

One of the great tragedies of the modern era was the Armenian Genocide, which took place in the last days of the Ottoman Empire between 1915 and 1923.  Pope Francis, during his apostolic visit to Armenia in 2016, fully recognized and embraced the reality of this genocide, both for the Church and for wider humanity.  Whereas the Turkish Republic continues to withhold recognition of the Armenian Genocide, Pope Francis affirms that he strives “to support efforts on the way to peace” in the troubled relations between Armenia and Turkey, and in Armenia’s dispute with Azerbaijan over the Nagorno-Karabakh.

Armenian Catholics in communion with Rome number approximately 700,000, whereas the Armenian Orthodox Church accounts for the majority of Christians in Armenia and the wider diaspora. Pope Francis was the guest of Catholicos Karekin II, the supreme Patriarch of the Armenian Apostolic Church, and it was clear from their exchange how close the two Churches have become as they work together to bear witness to Christ.  Despite the formal division of the Church which came about at the Council of Chalcedon in 451, both Churches, post Vatican II, have embraced a creative ecumenical dialogue.  The Pope was able to speak on behalf of both Churches, in urging Armenia’s young people to become peacemakers “not content with the status quo, but actively engaged in building the culture of encounter and reconciliation.”

In a joint statement both leaders, referring to the current plight of Christians, said “sadly we are witnessing an immense tragedy unfolding before our eyes, of countless innocent people being killed, displaced or forced into painful and uncertain exile by continuing conflicts on ethnic, economic, political and religious grounds in the Middle East and other parts of the world.  As a result, religious and ethnic minorities have become the target of persecution and cruel treatment, to the point that suffering for one’s religious belief has become a daily reality.”

The Armenian Catholic Church had first emerged in 1742 in the Monastery of Bzommar in Mount Lebanon.  Its patriarchate moved to Constantinople in 1866.  However, as a consequence of the Armenian genocide, and the destruction of many churches, the Patriarchate re-located to its original location in Mount Lebanon.  Today the Catholicos of Cilicia and the Armenian Catholic Patriarch reside in Lebanon, and its diaspora is spread across the world, continuing to bear witness to the Christian faith which was brought to Armenia nearly two millennia ago by St Bartholomew.

In 2015, Pope Francis proclaimed the great Armenian theologian, St Gregory of Narek, who lived at the end of the first millennium, a Doctor of the Church in a ceremony at St. Peter’s Basilica, before all the Catholicos and Patriarchs of the Armenian Church. In his 1987 encyclical Redemptoris Mater, St John Paul II, who had also been close to the Armenian Church, had stated that St Gregory of Narek was “one of the outstanding glories of Armenia”; and, in Article 2678 of Catechism of the Catholic Church, promulgated by St. John Paul II in 1992, mention was made of “the tradition of prayer in his works”.

St Bartholomew was martyred for his witness to Christ.  How fitting therefore that, in 2000, Pope John-Paul dedicated the Basilica of St Bartholomew in Rome to the new Martyrs of the 20th and 21st Century.

So, on this feast of St Bartholomew, we pray not only for St Bartholomew, but also for ‘the new martyrs’; for the Catholicos, the Patriarchs and the bishops of the Armenian Church; for their faithful in the Middle East and the diaspora beyond; and for all Eastern Christians and the wider Catholic Church.  We pray also for all people of goodwill who seek to bring peace and reconciliation in the Middle East and its wider region, especially, at this time, for those in Afghanistan.

Collect from the Roman Missal

Strengthen in us, O Lord, the faith,
by which the blessed Apostle Bartholomew
clung wholeheartedly to your Son,
and grant that through the help of his prayers
your Church may become for all the nations
the sacrament of salvation.
Through our Lord Jesus Christ, your Son,
who lives and reigns with you in the unity of the Holy Spirit,
One God, for ever and ever.  Amen

Do you have a good friend who truly knows and loves you? Bartholomew, one of Jesus’ twelve apostles, discovered that Jesus knew him even before they had met for the first time.

The apostle Philip brought Bartholomew, who is also called Nathanael in the Gospels, to Jesus, telling him that Jesus was the person the prophets spoke about, the promised one of God. The moment Jesus saw Bartholomew, he praised him, saying that he could see that there was no dishonesty in his heart. Bartholomew immediately began to believe in Jesus. Jesus told Bartholomew that he would see great things because of his faith.

Jesus’ words certainly came true. Bartholomew did see and hear many great things as an apostle of Christ. He saw Jesus heal the sick and perform other signs to show people God’s love. He heard Jesus talk about the Kingdom of God that was open to everyone who lived with love. He saw Jesus suffer and die on the cross to save all people from sin, and he saw the Risen Lord, who told his disciples that they, too, could live forever if they followed him and his teachings.

After receiving the Holy Spirit on Pentecost, Bartholomew travelled to foreign lands to share the Good News about Jesus with others. He founded Christian communities in parts of India and the countries we now call Armenia and Turkey. Although he always spoke the truth about Jesus, some people did not believe him, and he died as a martyr. 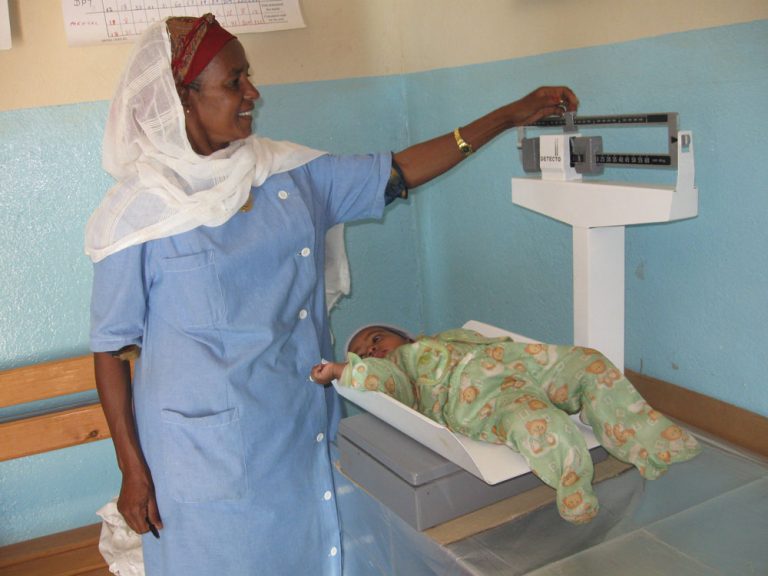 Photo:  Hazmieh Hospital in Baabda, Lebanon, run by the Daughters of Charity.
For more information on FACE’s healthcare projects, please click on this link: