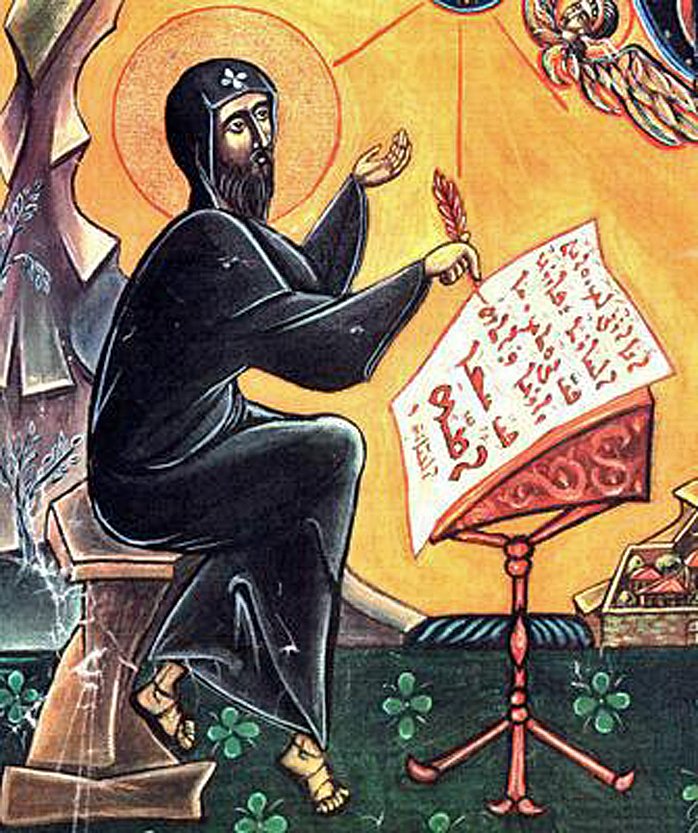 Born in Nisibis, Mesopotamia, which in our modern time is Nusaybin in Turkey, St Ephrem was a great poet, teacher and orator who became the only Syriac Christian to be recognised as a doctor of the Church.

St Ephrem fled Nisibis when the Christian emperor ceded the city to the Persians. Along with many other Christians, he sought refuge in Edessa.

St Ephrem lived an austere life. He occupied small living quarters and spent his time interpreting Holy Scripture, composing poetry and hymns and teaching. His writings reflected his deep knowledge and insight into scripture, but used poetry, rather than prose, as the form in which to express his theological vision. His writing has called for him to stand out as the most significant of all the fathers of the Syriac-speaking church tradition. It is said that his poetic account of the Last Judgement inspired Dante.

St Ephrem was a lover of music. He was known to take popular heretical songs of the day and compose beautiful hymns from their melodies. St Ephrem is credited with being amongst the first to introduce song into public worship and with having instituted choirs of women. His hymns – some of which were written for the female voice  – have earned him the title ‘Harp of the Holy Spirit’.

St Ephrem died in 373, the same year as St Athanasius – one of the four great Eastern Doctors of the Church in the Catholic Church.