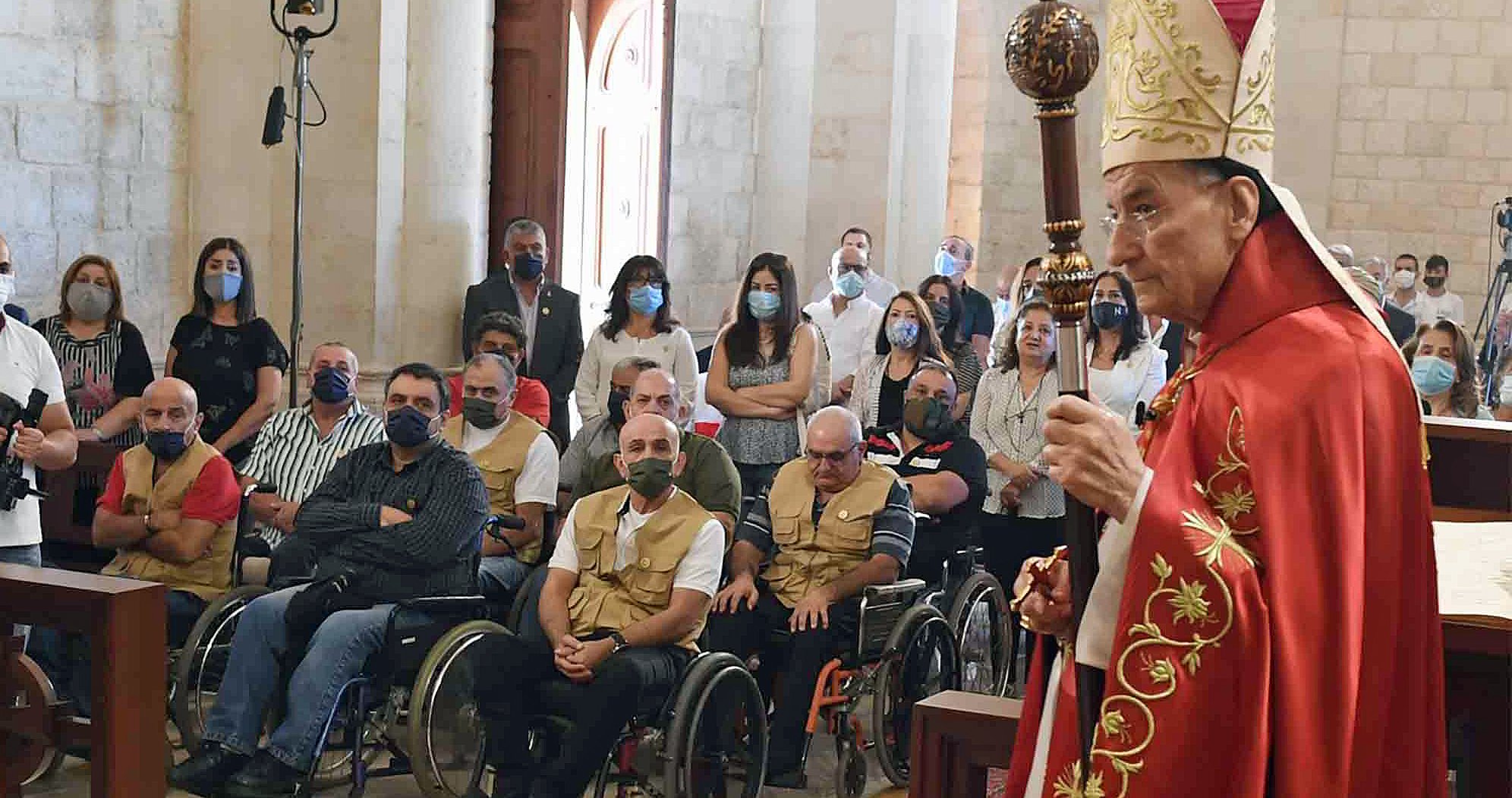 Nature: The Maronite Catholic Church is an Eastern Catholic church in full communion with the Bishop of Rome.

Origin: In the late 4th century, followers of St Maron founded a monastery near Antioch, evangelising the region and adhering to the doctrine of Chalcedon (see below, for further information).

Title: Patriarch of Antioch of the Maronites 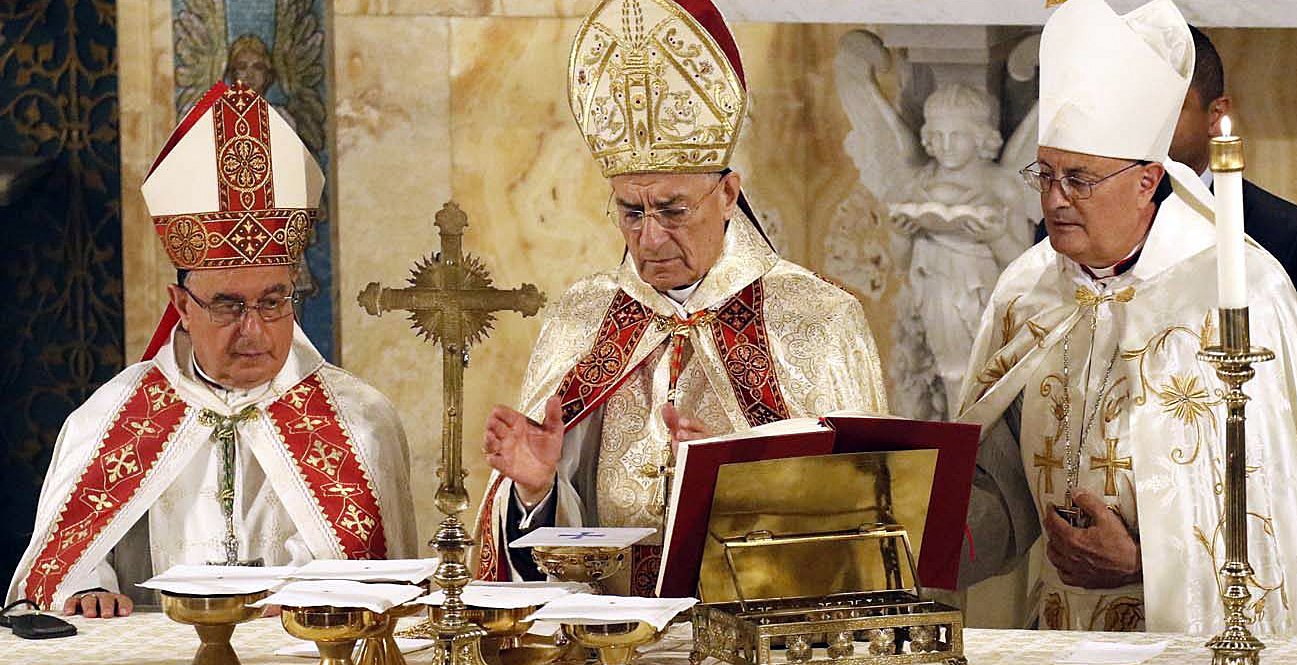 History of the Maronite Catholic Church

The Maronites of Lebanon traditionally trace their origin back to the late 4th century when a group of disciples gathered around the charismatic figure of the monk St. Maron. They later founded a monastery located midway between Aleppo and Antioch and evangelized the surrounding population. In the 5th century the monastery vigorously supported the christological doctrine of the Council of Chalcedon.

By the 8th century, the monks had moved with their band of followers into the remote mountains of Lebanon, where they existed in relative isolation for centuries. It was also during this period that they began to develop a distinct identity as a church and to elect a bishop as their head, who took the title of Patriarch of Antioch and All the East.

The Maronites came into contact with the Latin Church in the 12th century, when the Latin crusader principality of Antioch was founded. In 1182 the entire Maronite nation formally confirmed its union with Rome. There is a strong tradition among the Maronites that their church never lacked communion with the Holy See.  Patriarch Jeremias II Al-Amshitti (1199-1230) became the first Maronite Patriarch to visit Rome when he attended the Fourth Lateran Council in 1215. This marked the beginning of close relations with the Holy See and a continuing latinizing tendency.

The 16th century saw the conquest of the Maronite homeland by the Turks and the beginning of long centuries of Ottoman domination.

A major reforming synod took place at Mount Lebanon in 1736. It drafted an almost complete Code of Canons for the Maronite Church, created a regular diocesan structure for the first time, and established the main lines of Maronite ecclesial life that endure to this day.

By the 19th century the western powers, especially France, began to offer protection to the Maronites within the Ottoman Empire. A massacre of thousands of Maronites in 1860 provoked the French to intervene with military forces.  After World War I Lebanon was considered part of Greater Syria which was entrusted to France as a mandated territory.

When France granted Lebanon full independence in 1943, it attempted to guarantee the safety of the Maronite community by drawing boundaries that would ensure a permanent Maronite majority, and leaving behind a constitution guaranteeing, among other things, that the president would always be a Maronite. This arrangement was threatened by the 15-year long civil war that erupted in Lebanon in 1975. Soon Christians were no longer a majority in the country since many thousands of Maronites left the country to make new lives for themselves in the West, and the very existence of Lebanon seemed uncertain.

On September 7, 1989, Pope John Paul II addressed to all the bishops of the Catholic Church an Apostolic Letter on the Situation in Lebanon. In the text he warned that “without doubt, the disappearance of Lebanon would be one of the world’s greatest sorrows,” and said that saving Lebanon is “one of the most urgent and most noble tasks that the contemporary world must take upon itself.” The civil war ended in 1990, but much of the country was left in ruins. The Pope later called for a Special Assembly for Lebanon of the Synod of Bishops, which took place in the Vatican from 26 November to 14 December, 1995. It recommended that the various Catholic churches in Lebanon work together more effectively, develop closer ecumenical relations with other churches not in full communion with Rome, and foster a spirit cooperation and mutual respect with Lebanese of other religions. Pope John Paul II visited Lebanon, in May 1997.

In view of the new situation in Lebanon, a three-year Maronite Patriarchal Assembly began in June 2003. The first session was attended by 433 people, including the patriarch, the bishops, other prominent clergy and 255 laymen. The goals of the Assembly were to rediscover the Maronite heritage and traditions, to consolidate Maronite identity, to promote the renewal of ecclesial life, and to confirm the unity of the Maronite Church both within Lebanon and abroad. The results of the Assembly were gathered into an 853-page book that was presented at the Assembly’s conclusion on June 11, 2006.

The Maronite Patriarchs have resided at Bkerke, about 25 miles from Beirut, since 1790. Today there are ten dioceses in Lebanon with over 800 parishes, and seven other jurisdictions in the Middle East. No national census has been taken in Lebanon since 1932. But it is clear that over the past sixty years, there has been a steady decline in the number of Christians as compared to Muslims, mostly through emigration of large numbers of Maronites. Christians now make up about one third of the total population of 5.5 million, of which  approximately 1, 650,000 are Maronite.

There is a Maronite Patriarchal Seminary at Ghazir and a diocesan seminary at Karm Sadde, near Tripoli. Advanced theological education is provided at the University of the Holy Spirit at Kaslik. A Maronite College was founded in Rome in 1584. The college moved to a new building in 1893, but was closed during the Second World War. It did not reopen until February 2000.

The Maronite liturgy is of West Syrian origin, but it has been influenced by the East Syrian and Latin traditions. The Eucharist is essentially a variation of the Syriac liturgy of St. James. Originally celebrated in Syriac, the liturgy has been for the most part in Arabic since the Arab invasions.  In the diaspora, local languages are used. In the celebration of the Eucharist the words of consecration are always pronounced in Syriac.

The steady emigration of Maronites from Lebanon in recent years has produced flourishing communities abroad. In the United States, there are two dioceses with a total of 60 parishes and over 100 priests serving about 95,000 faithful. The diocese of St. Maron of Brooklyn is presided over by Bishop Gregory Mansour (Pastoral Center, 109 Remsen Street, Brooklyn, New York, 11201), and Bishop Abdallah Elias Zaidan leads the diocese of Our Lady of Lebanon of Los Angeles (1021 South Tenth St., St. Louis, Missouri 63104), founded in 1994. In Canada, the diocese of St. Maron of Montreal, headed by Bishop Paul Marwan Tabet (12475 Grenet Street, Montreal, Quebec H4J 2K4) has 14 parishes for about 90,000 faithful. Bishop Antoine-Charbel Tarabay oversees the diocese of St. Maron of Sydney (105 The Boulevard, PO Box 385, Strathfield, NSW 2135 Australia), which has ten parishes for an estimated 160,000 Maronites in Australia.

There is also a very large Maronite presence in Latin America. Three Maronite dioceses are based in Buenos Aires with an estimated 750,000 faithful, in Sao Paolo, Brazil, with 490,000 members, and in Mexico City with about 160,000 faithful. But for these estimated 1,318,000 Maronites there are only 17 parishes served by 48 priests. 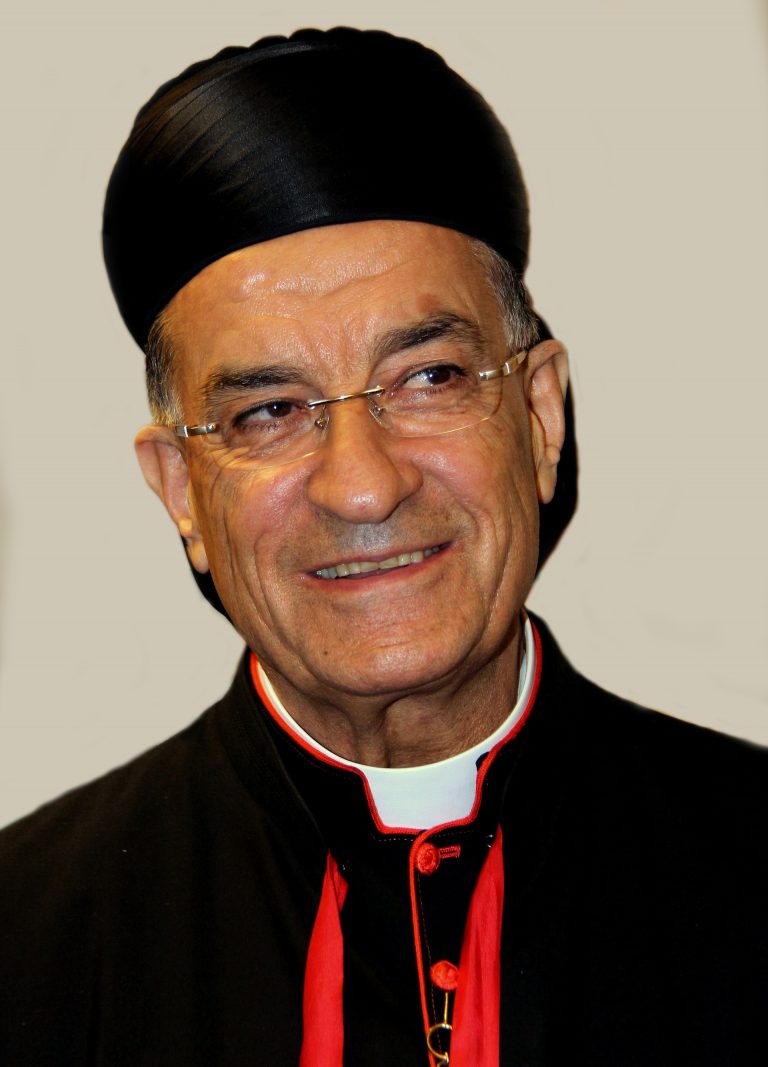 Patriarch of Antioch and Head of the Maronite Church

His Beatitude Cardinal Béchara Boutros Raï, Patriarch of Antioch of the Maronites, was born in 1940 at Himlaya in the Archeparchy of Antélias. He studied with the Jesuits at Notre Dame de Jamhour College.

He was professed into the Mariamite Maronite Order on 31 July 1962. After studying philosophy and theology in Rome at the Pontifical Lateran University, where he earned a doctorate in canon law and a licence in sacred theology, he was ordained a priest on 3 September 1967. For several years he was in charge of the Mariamite scholasticate in Rome, while also serving as Director of the Arab Language programmes of Vatican Radio.

He returned to Lebanon in 1975, at the beginning of the war, to direct the College of Notre Dame in Louayzé. He founded and supervised the Foreign Languages Institute, as well as serving as a judge on the Patriarchal Tribunal and as head of Santa Rita School in Dbayé.

On 2 May 1986, the Maronite Synod elected him Patriarchal Vicar and the Pope assigned him the titular episcopal see of Caesarea Philippi. He was ordained a bishop on 12 July 1986. On 9 June 1990, he was transferred to the new Eparchy of Jbeil (Byblos) for Maronites and, in 2003, was appointed Secretary of the Permanent Synod of the Maronite Church. In this capacity, he took part in several Synods in Rome, including the Special Assembly for the Middle East in October 2010, at which he was elected to the post-synodal council. In 2009, he became President of the Communications Commission of the Maronite Synod, during which he promoted the television network Tele Lumière-Noursat.

On 15 March 2011, he was elected the 77th successor of St. Maron at the Extraordinary Synod at the patriarchate in Bkerké. On 24 March of that same year, Benedict XVI granted him the Ecclesiatica Communio, which he had requested, complying with can. 76 § 2 of the Code of Canons of the Eastern Churches. This    special bond with the Church of Rome was publicly confirmed on the 15th April – on the occasion of his first meeting as patriarch with the Pope – at the Divine Liturgy in St. Peter’s Basilica at which Cardinal Sandri, Prefect of the Congregation for the Eastern Churches, presided as Papal Delegate.

In September 2012, Patriarch Rai had the joy of welcoming Pope Benedict XVI on his visit to Lebanon for the presentation of the Apostolic Exhortation Ecclesia in Medio Oriente. On that occasion he described Beirut as “a city that witnessed to the peaceful coexistence of Muslims and Christians in the Arab world”.

Having been raised to the rank of cardinal by Benedict XVI in the Consistory of 24 November 2012, His Beatitude participated at the Conclave of March 2013 which elected Pope Francis.

His Beatitude is a member of:

The Maronite Church has twenty-six eparchies and patriarchal vicariates:

(Subject to the Holy See and the Congregation for Eastern Churches)

Suffragan Eparchies in the ecclesiastical provinces of Latin Metropolitan Archbishops:

The Maronite Church in the UK

The Maronite Church in the UK is a vibrant  community, both Lebanese and Cypriot, forming part of the ever-growing diaspora outside of the Middle East.  Its chaplaincy in London has been served by the Lebanese Maronite Order for the past forty years.