Nature: The Coptic Catholic Church is an Eastern Catholic church in full communion with the Bishop of Rome

Origin: The Early Church in Egypt was founded by St Mark the Evangelist who died a martyr in Alexandria in AD 68.

Title: Patriarch of Alexandria of the Copts

Origins of the Coptic Church

History of the Coptic Catholic Church

A formal union between the Catholic and Coptic Orthodox churches took place with the signing of the document Cantate Domino by a Coptic delegation at the Council of Florence on February 4, 1442. But, because this act was not supported in Egypt, it had no concrete results.

Catholic missionaries were first active among the Copts in the 17th century, with the Franciscans in the lead. A Capuchin mission was founded in Cairo in 1630, and in 1675 the Jesuits began missionary activity in Egypt. During the same century a number of lengthy but fruitless theological exchanges took place between Rome and the Coptic Church.

In 1741 a Coptic bishop in Jerusalem, Anba Athanasius, became a Catholic. Pope Benedict XIV appointed him Vicar Apostolic of the small community of Egyptian Coptic Catholics, which at that time numbered no more than 2,000. Although Athanasius eventually returned to the Coptic Orthodox Church, a line of Catholic Vicars Apostolic continued after him.

In 1824, under the mistaken impression that the Ottoman viceroy wished it to do so, the Holy See erected a Patriarchate for Coptic Catholics, but it existed only on paper. The Ottoman authorities permitted the Coptic Catholics to begin building their own churches only in 1829.

In 1895 Leo XIII re-established the Patriarchate and in 1899 he appointed Bishop Cyril Makarios as Patriarch Cyril II “ of Alexandria of the Copts.” As Patriarchal Vicar Bishop Cyril had presided over a Catholic Coptic synod in 1898 which introduced a number of Latin practices. He became embroiled in controversy, and was asked by the Holy See to resign in 1908. The office remained vacant until 1947, when a new Patriarch was finally elected.

The offices of the Patriarchate are located in Cairo, but the largest concentration of Coptic Catholics has always been in upper Egypt. In recent times there has been some migration to other parts of the country. The church now has seven dioceses, all of them in Egypt.

Most candidates for the priesthood are trained at St. Leo’s Patriarchal Seminary in Maadi, a suburb of Cairo. It was founded in 1953 and had 52 students in 2006. More than 100 Coptic Catholic parishes administer primary schools, and some have secondary schools as well. The church maintains a hospital in Assiut, a number of medical dispensaries and clinics, and several orphanages.

Like their Orthodox counterparts, Coptic Catholics have begun to emigrate to western countries in larger numbers in recent years. There are now 12 communities in various parts of the world, each of them served by a priest: two in Italy, one in France, one in the United Kingdom, two in Canada, three in the United States, two in Australia, and one in Kuwait. In addition, the Archbishop of Beirut serves as Ordinary for Coptic Catholics in Lebanon. 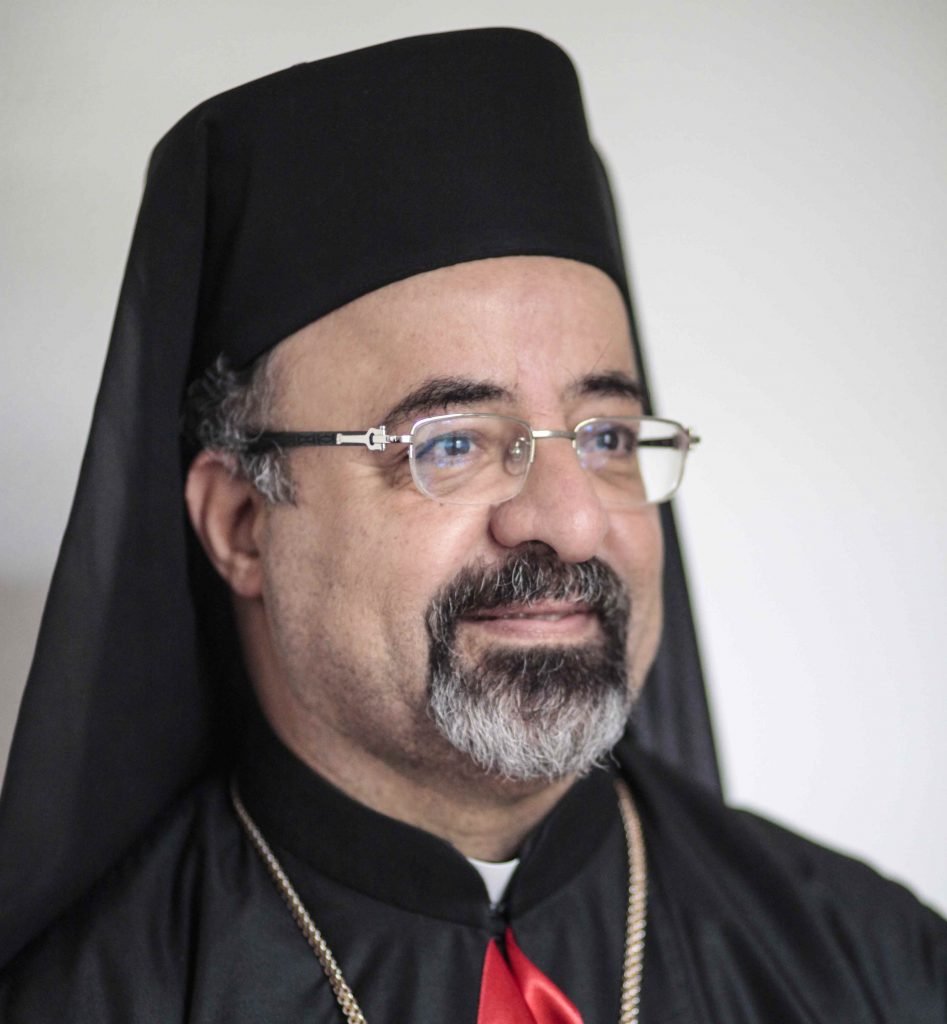 Patriarch of the Coptic Catholic Church

President of the Synod of the Coptic Catholic Church

President of the Assembly of the Catholic Hierarchy of Egypt

Patriarch of the Coptic Catholic Church

His Beatitude Ibrahim Isaac Sidrak was born on 19 August 1955 in Beni-Chokeir, Asyut Governorate. He studied philosophy and theology at St. Leo’s Patriarchal Seminary in Maadi (a suburb of Cairo) and was ordained a priest in 1980. For the following two years he served in the Parish of Archangel Michael in Cairo. He was sent to Rome to study at the Pontifical Gregorian University and received his doctorate in dogmatic theology. Between 1990 and 2001 he was the rector of the Patriarchal Seminary in Maadi. For a short period in 2002 he served as the parish priest of the patriarchal Cathedral of Our Lady of Egypt, in Cairo. In October 2002, he was elected Bishop of Minya, a post in which he served until his canonical election as patriarch.

Ibrahim Isaac Sidrak was elected as Coptic Catholic Patriarch of Alexandria by the synod of the Coptic Catholic Church on 15 January 2013, in succession of Patriarch Antonios I Naguib who had resigned because of poor health. Patriarch Sidrak asked for and received ecclesiastical communion from Pope Benedict XVI three days later, on 18 January 2013.

Coptic Catholic Church in the UK

Our Lady and St Philip Neri (Mass on Saturdays)