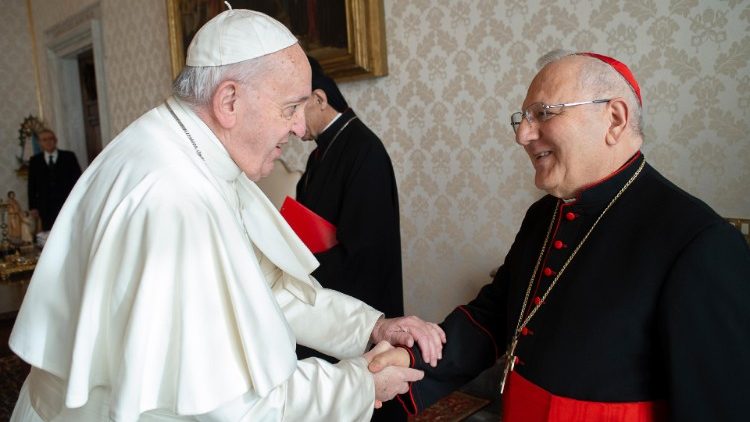 Cardinal Sako: the Pope comes to encourage Christians to remain in the Middle East

Pope Francis will visit Iraq from 5 to 8 March 2021, his first Apostolic Journey since November 2019. Cardinal Louis Sako speaks of the emotion and joy of a nation.

“His Holiness will come to visit us in Iraq to bring us his support and also a word of hope.”

Those were the words of Cardinal Louis Raphael Sako, the Patriarch of Babylon of the Chaldeans, welcoming the announcement of Pope Francis’ upcoming visit to Iraq from 5-8 March next year.

The Cardinal noted that the Pope’s visit comes at a time when the people of the country are facing major challenges: “We are living in a bad situation – not only the pandemic but also the political situation, [the] economic situation,” he said.

A message of hope

Iraq’s Christian population numbers several hundred thousand, with many suffering great hardships when militants of the so-called Islamic State controlled large swaths of the country between 2014 and 2017. In many cases, large numbers were forced to flee conflict in the country for a better life.

Speaking about the exodus of Christians from their land, the Cardinal noted that their very presence in the Middle East is threatened, and therefore he stressed, the support of the Pope is very important. “It gives us great hope to hear his speeches and his encouragement to remain in our land.”

His message, said Cardinal Sako, “is not just for Iraqis but also for the people of Syria and Lebanon.”

This Apostolic visit to Iraq will be the Pope’s first overseas trip since November 2019, due to restrictions imposed because of the Covid-19 pandemic.

In a post on Twitter, Iraqi President Barham Salih said the trip “will be a message of peace to Iraqis of all religions & serve to affirm our common values of justice & dignity.”

Pope Francis will be the first Pope to visit the country.